There are many reasons to thicken a soup. A thick soup is creamier, more filling, and the texture is more enjoyable. While eating a thin soup, you often end up slurping it up like water. A thick soup feels more like a meal. It sits in your stomach with a satisfactory heaviness that all soups should aim for. While there are a lot of reasons to thicken soup, there are even more ways to do it. How to thicken soup is the challenge.

Cornstarch is the most common way to thicken soup, but it’s my least favorite thickener to use. There are so many better alternatives to cornstarch for thickening soup. I’m not even going to add it to this list. With that in mind, read on to see how to make soup thicker.

How To Thicken A Soup

Soup is incredibly versatile. You can throw the remaining items in your fridge together in a pot and make a soup. It can be as simple as crock pot potato soup, and as complex as oxtail soup. No matter which soup you make though, thicker is better.

Here are a few ways to make soup thicker/creamier: 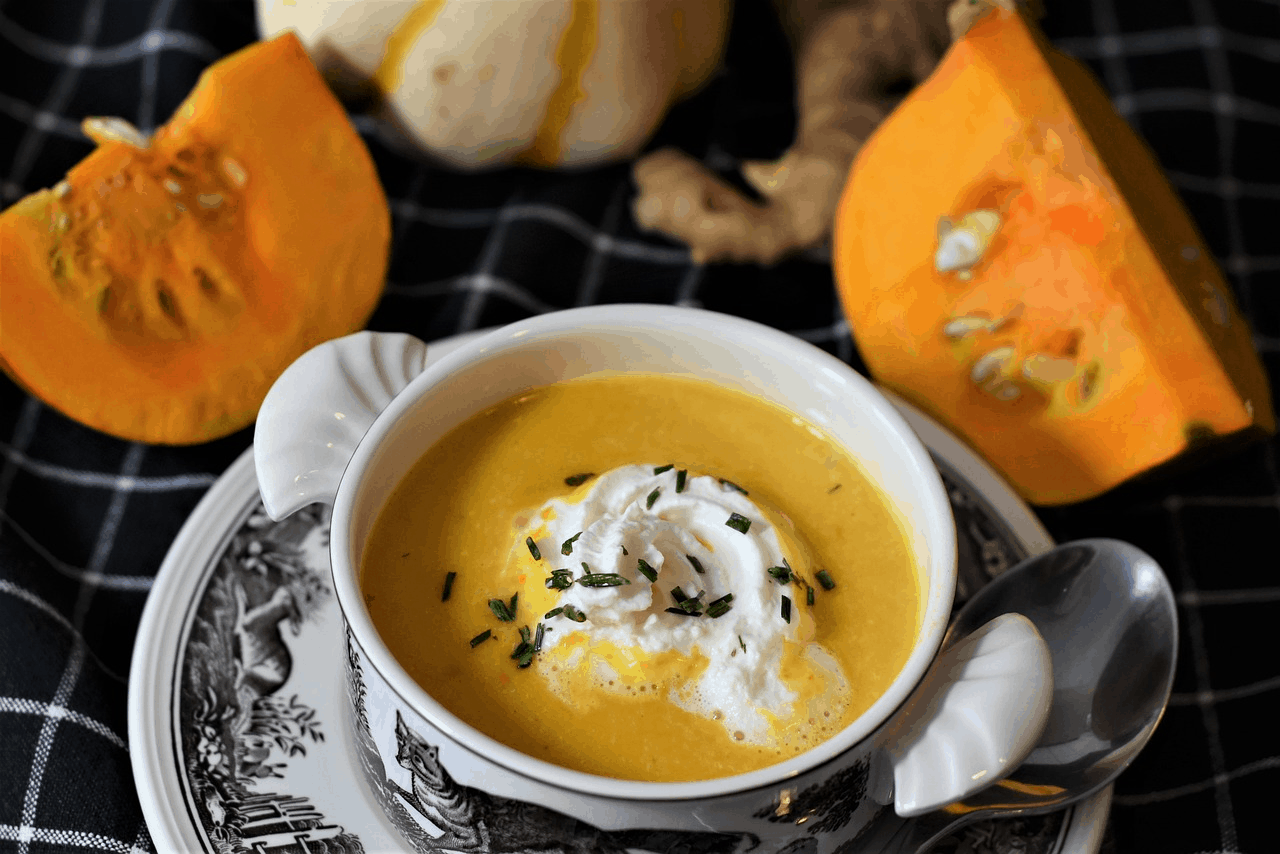 There isn’t one specific cream you can use to thicken soup. However, which you choose should depend on the type of soup you are making. I’ve used coconut cream for curry soups and occasionally in butternut squash soup. Yogurt for Mediterranean soups or spicy soups that need a little neutralizing. But my most common choice is heavy cream. If you don’t have heavy cream or milk, use butter, sour cream, coconut milk, coconut cream, or plain Greek yogurt instead.

Cream, makes a soup, well… creamy. It adds rich flavor and a silky thickness that’s truly satisfying. It’s best for pureed soups like tomato soup, squash soup, potato-leek soup, and others with similar density. If you do add cream to your soup, wait until the soup is fully cooked, as hot cream could curdle or boil over. 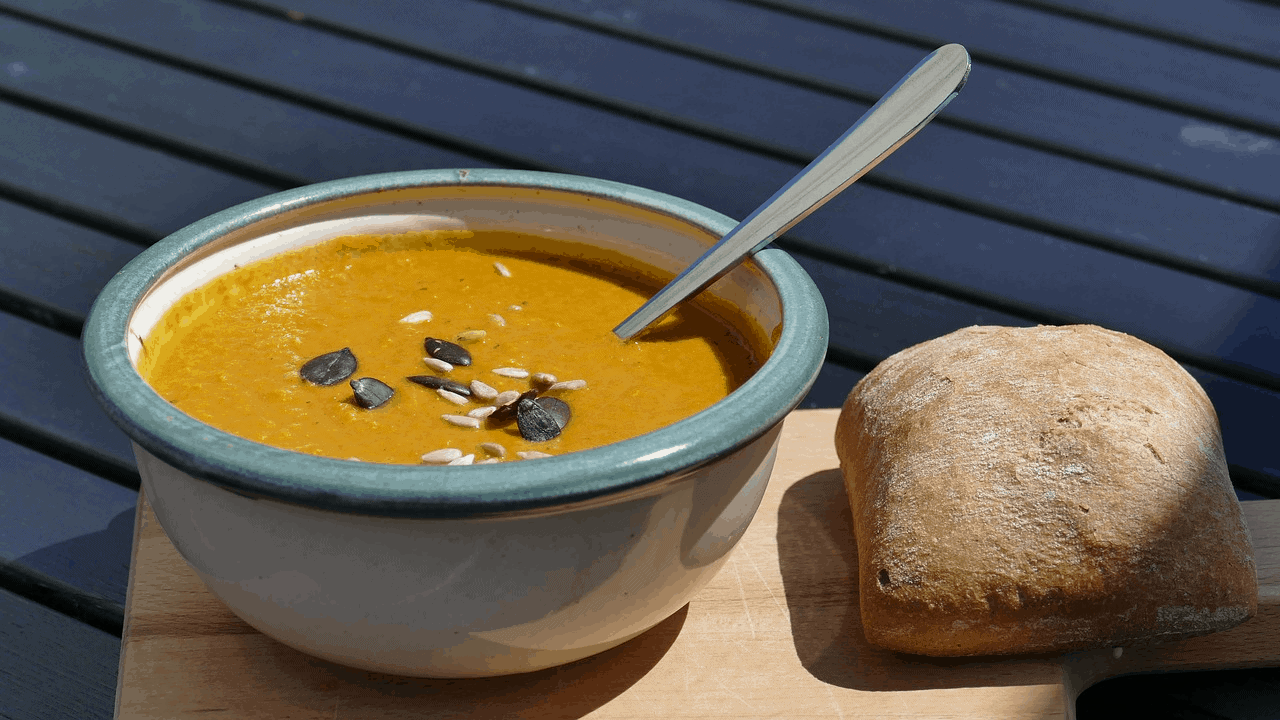 We often dip bread into our soups, or put our soups in bread bowls. (Mmm… cheesy broccoli soup!) But you can also use it to thicken your soups. The best way to do it is to tear stale bread into pieces and let it soak up the soup before pureeing.

You don’t have to stick to stale white bread, in case you’re wondering. Tortillas, bread crumbs, or flavored croutons are great too. They all work to thicken up soup. In fact, you can use nearly any starch for the same purpose.

Use Flour To Thicken Soup

Use cornflour, Masa (flour used to make tortillas), or really any type of flour that suits the flavor profile of your soup. Starches both thicken and contribute to the flavor of the soup. However, it’s essential that you choose wisely and don’t put too much starch in. A little can go a long way and you want to keep it from becoming too grainy.

Adding cream or fat in addition to starch does something altogether.

A Roux is equal parts fat and flour which you mix into soup to thicken, as well as stabilize the soup. This is essential if you’re adding cream or cheese to the soup, because it will help to keep the soup from “breaking up”. In other words, it helps to keep the ingredients assimilated.

Create a buerre manié by mixing equal parts butter and flour into a thick paste. Then whisk the mixture into your soup. You’re essentially doing the same thing as a Roux. The butter will help the flour disperse, making for a better immersion. It’s typically used to thicken sauces, though it’s just as good for thickening soup.

Use Grains & Other Starches To Thicken Soup

We often use potatoes, rice, noodles, legumes, couscous, and other such items in soups that aren’t pureed. This is delicious and filling, but did you know that these items actively thicken any soup? It doesn’t matter if you puree them. Use a grinder to turn them into a powder that you can toss into the soup at will. Or, leave them whole, your soup will be thicker with their addition.

Many of these don’t have a heavy flavor on their own, which is why they are a great addition to any soup. My personal favorite way to thicken soups like tomato soup is to use lentils. First, put them through a clean coffee grinder. Then toss in the powder until your soup reaches the desired thickness. This adds a dynamic flavor to the soup without making it something other than what it is. 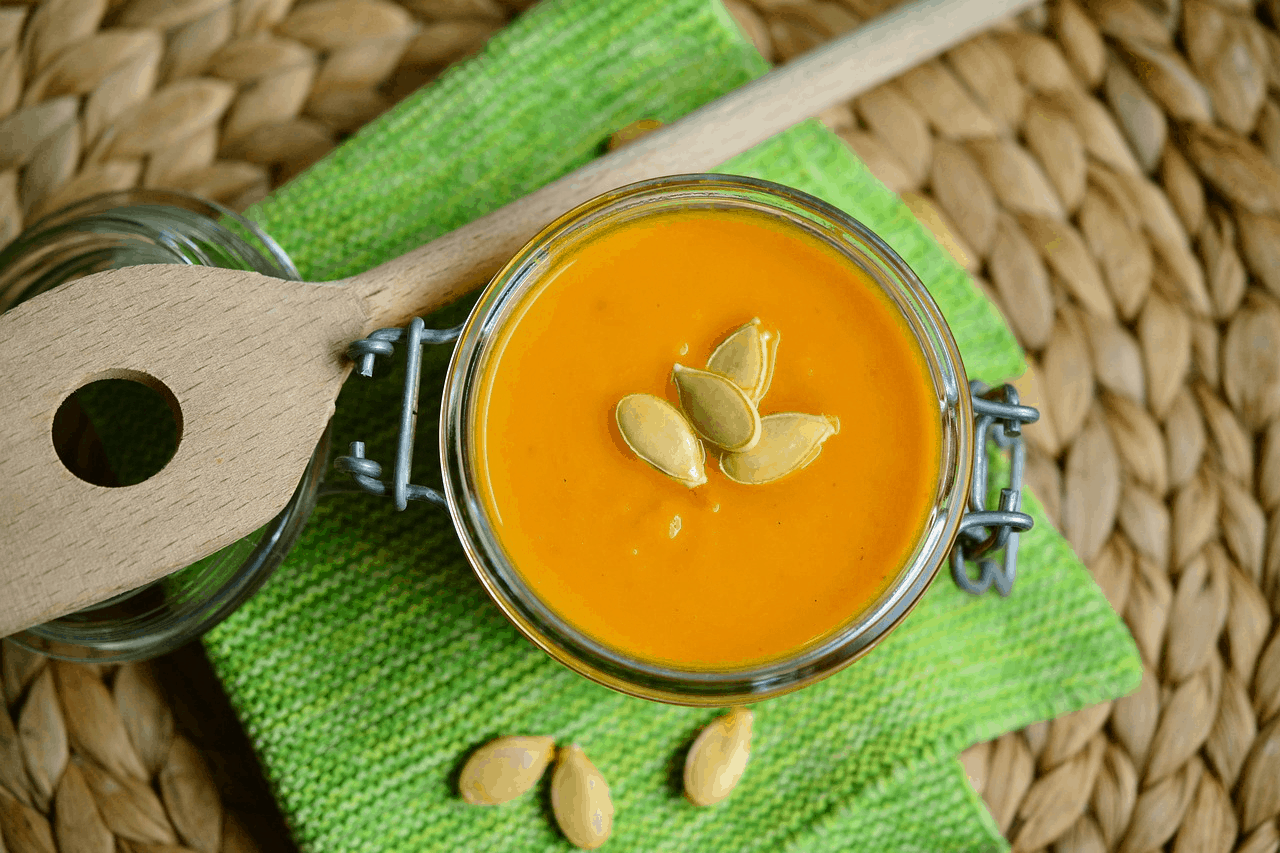 It sounds strange, but ground nuts were one of the first thickeners used. Mostly because they were abundant. They add a really nice flavor and texture to the right soup. If you’re going to choose a type of nut, choose cashews.

Their flavor isn’t too strong and they grind into a paste easily. Of course, abandon this idea if you’re allergic to nuts. A great substitute for nuts is seeds, such as pumpkin seeds. I personally like to add them to butternut squash soup.

I recently learned this trick, and I swear it’s one of the best kitchen hacks I’ve found. Arrowroot is a tasteless, odorless powder that is really only used for one thing: thickening soups. And I have to tell you, it’s really good at this. In fact, arrowroot is so good that you’ll need only about a quarter as much as other thickeners for the same result.

It’s a bit expensive, but a little goes a long way, so it’s worth having in your pantry. If I don’t want to add extra flavor to my soup, arrowroot is the perfect ingredient. It lets me get the kind of texture I crave with any good soup.

Before you go, I have one last tip for you. If you’re making a broth soup, or a veggie soup that you don’t want to puree, you can also thicken the soup with the soup itself. Pureeing just a scoop of the soup and reintegrating it with the pot can help to thicken it and make the broth a little smoother. It’s a great option if you have no other ingredients in your cupboard to thicken your soup.

Visit Teaspoon of Goodness for more tips, tricks, and recipes. Soups have been on my mind lately, due to the cold weather. So I’ve compiled some of my favorite soup recipes into categories such as crock pot soups and best soups for fall and winter. Take a look, and get cooking, with recipes and kitchen hacks from Teaspoon of Goodness.