Pineapple was a rare fruit in my house growing up. I only recently learned that most members of my family can’t stand the tartness of it. Even today the only time they have this delectable fruit around is when we’re having a barbecue. That’s when we break out the pineapple upside-down cake. Or, put pineapple on skewers to sweeten our brats (family secret). In other words, they only like to eat pineapple when it is sweet. For most of them, this isn’t when a pineapple is raw and freshly cut.

Unfortunately, they didn’t know the secret of selecting a ripe and sweet pineapple. But pineapple is one of my favorite fruits, so I made it a point to learn. Today, I want to share with you the secret to cutting pineapple perfectly. I’ve seen a variety of ways of slicing pineapple, but I’ve only seen one other person cut it as I do. Take a look, and judge for yourself. This sweet treat is worth cutting into.

How to Tell if a Pineapple is Ripe 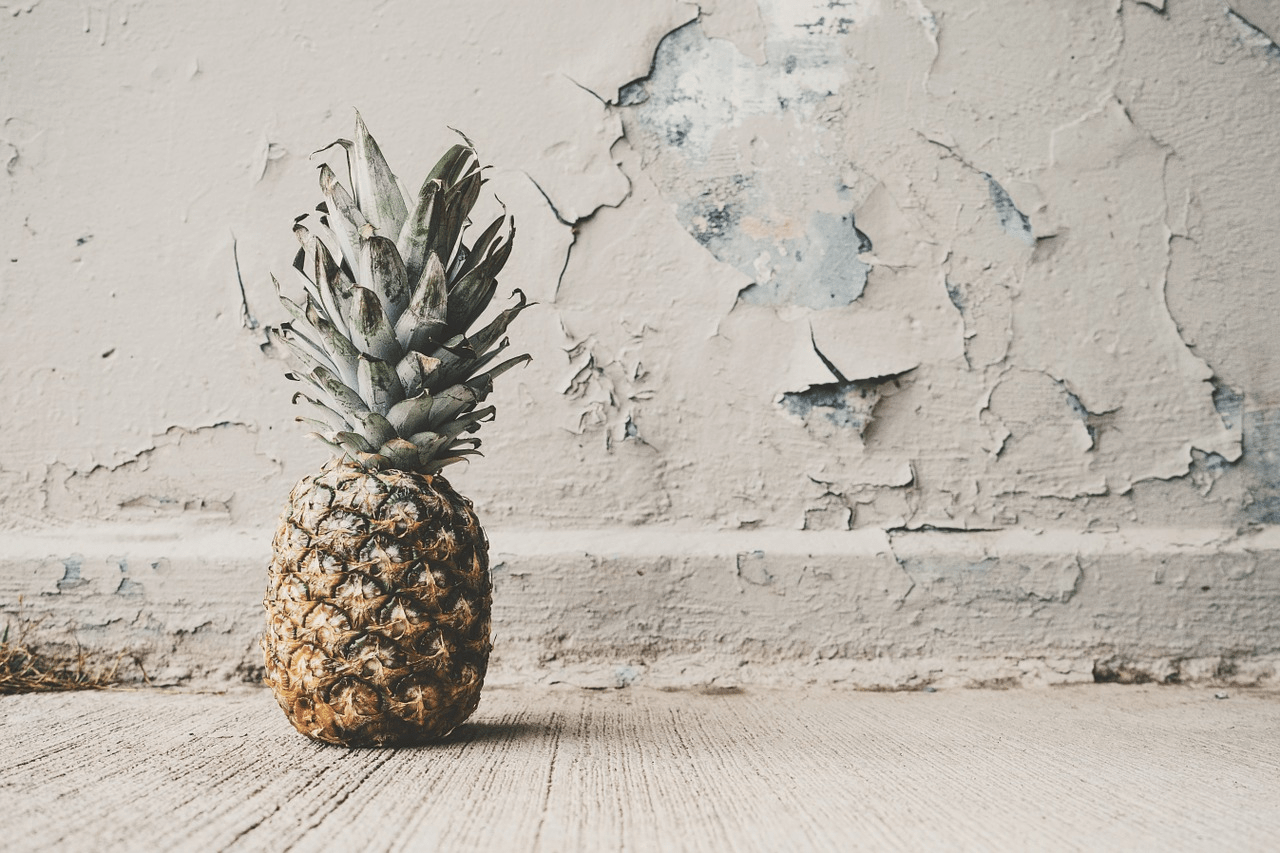 You might think that getting the freshest pineapple is ideal for the best taste. This isn’t completely true. In fact, a pineapple is a lot like a banana. The longer it sits, the sweeter it gets. Of course, there is a point where it spoils and you no longer want to eat it (unless it’s in banana bread). But, it still holds true that if you want sweeter rather than tarter pineapple, let it sit awhile.

What’s difficult about selecting a pineapple is its rough skin. Unlike a banana, the color changes are a lot more subtle. Well, if you don’t already know, here it is. To tell whether or not pineapple is ripe…

Pull on its leaves!

That’s right. Just pull on those long green leaves that stick out the top of the pineapple. If they don’t come off from a light tug then it isn’t ripe. There is another method. But it’s a little more difficult because pineapple doesn’t change color on all sides. All you have to do is check whether or not most of the pineapple is a light brown. You don’t want it too brown. The pineapple should still be firm. But if a good portion of the pineapple is brown, you know that it is sweet.

Of course, like bananas or avocados, you want to consider when you’ll use it. There is a fine line between perfectly ripe and overripe. If you’re not going to be using it for a few days, or weeks (pineapple can last a while), then get one that isn’t quite ripe. Even in such a case, I always go for pineapple that releases a leaf.

How To Cut Pineapple 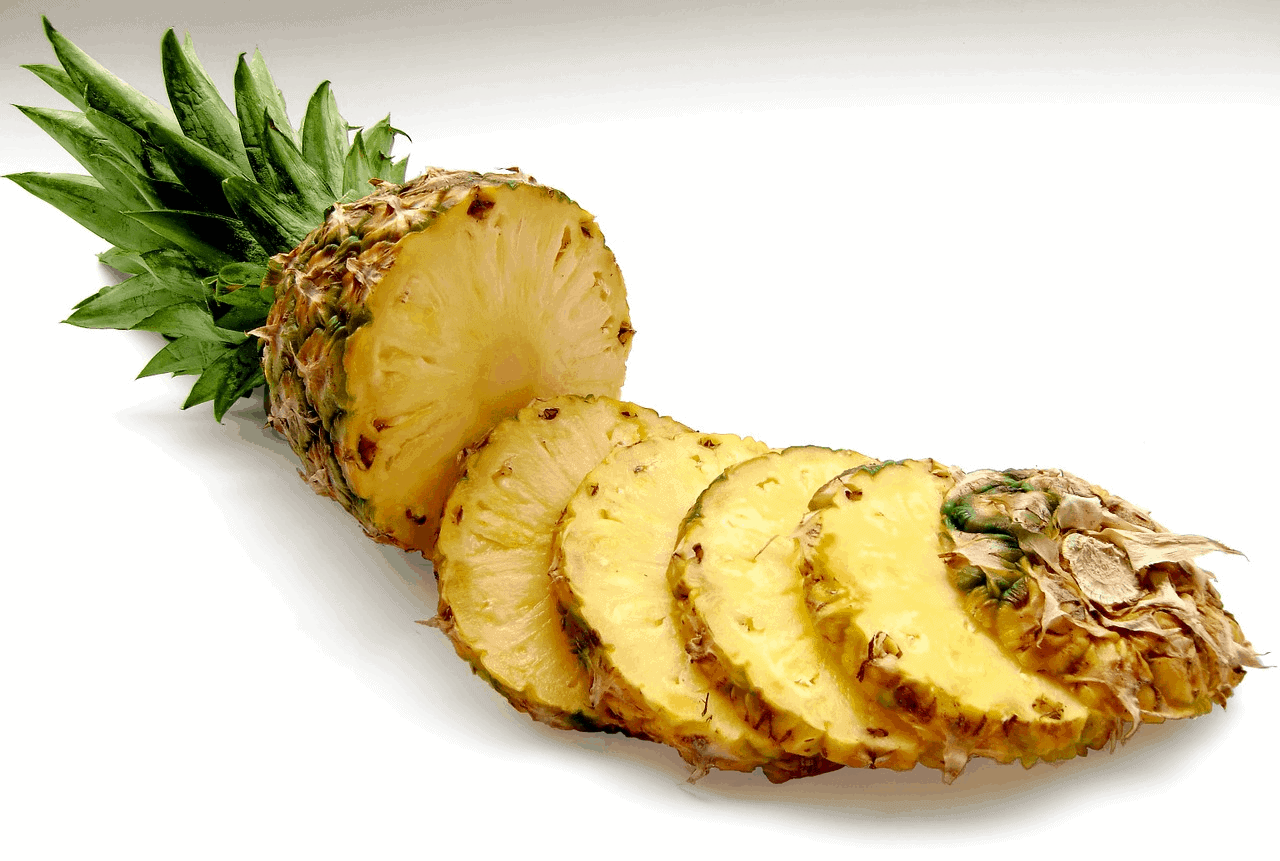 A lot of people have grown accustomed to eating pineapple that comes in a can. Now, I believe that this is because we’re given pineapple from a can at school. Those cans are also cheaper and sweeter, and often favored into adulthood. But those canning companies add a lot of preservatives to make them sweet and colorful.

The next step up is to buy pre-cut pineapple in those plastic tubs. They’re egregiously priced because you’re paying for convenience. There are drawbacks in addition to the high price. For one, the pineapple may still contain additives. Also, they waste A TON of pineapple meat because they cut it with a machine.

There is one place, however, that offers fresh pineapple cuts done by hand. It’s this little farmers market in Boynton Beach, Florida. This place is a treasure trove of imported foods from around the world, all packed into tall, tight isles. And of course, at extraordinarily high costs. One of my first times there, I watched in amazement at the man cutting pineapple in a booth. He was so quick that I was sure it was being filled for youtube. We’ve all seen those rapid worker videos, right?

Anyway, by watching several times, I learned how to cut pineapple with the least amount of waste.

I’ve seen a ton of other methods, and most of them go something like this:

To be honest, this is a great method, especially if you’ve never cut a pineapple before. What I don’t like about this method is that it often leaves a lot of spikes on the fruit. Those spikes that are on the skin of the fruit go pretty deep, and you can’t tell just how deep from the exterior. Cutting further into the pineapple results in a loss of some of the fruit.

To avoid both, here is the best way to cut a pineapple, according to me and the guy at the farmers market: 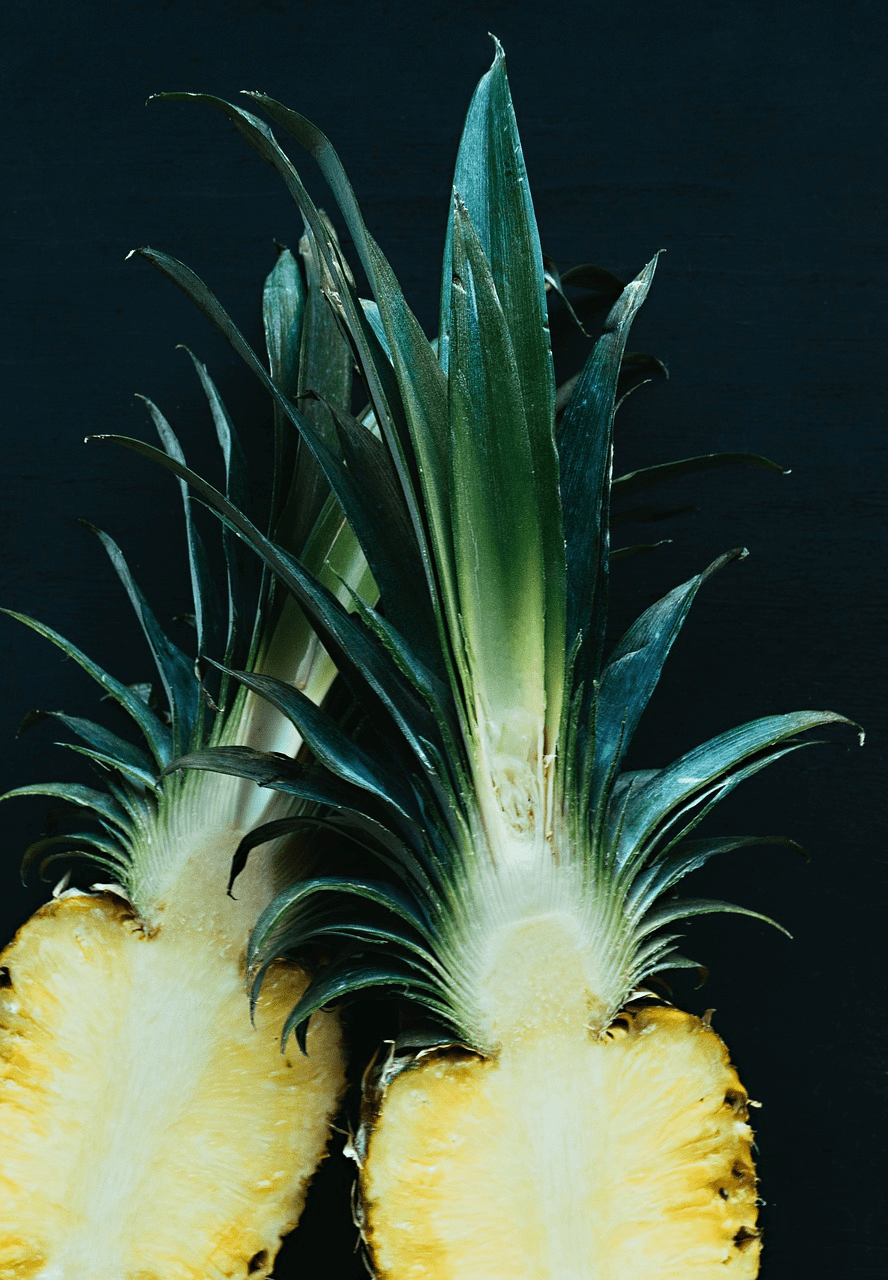 It may seem like more steps, or as if it is more difficult. But once you get the hang of it, you’ll realize that this is the best method of cutting fresh pineapple.

How to Store Fresh Cut Pineapple 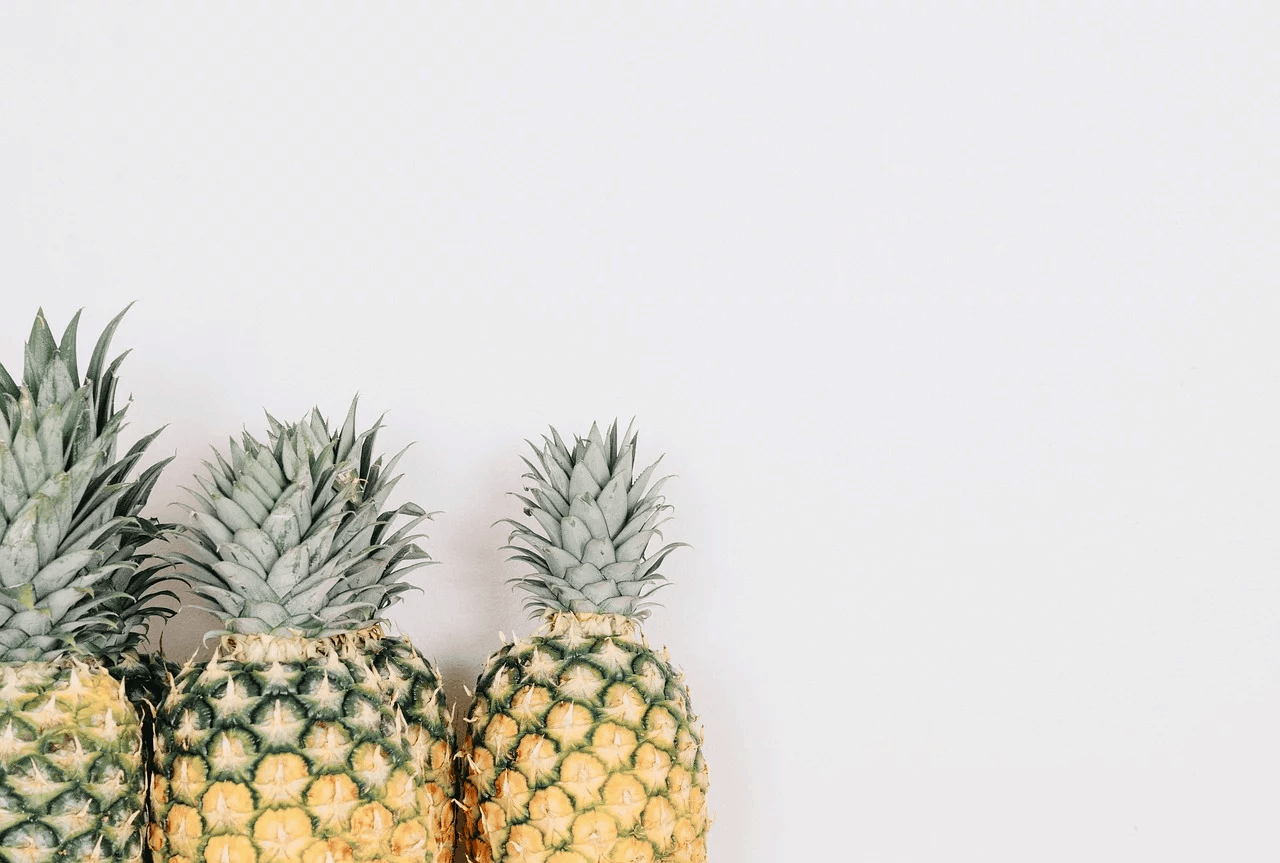 Now that you know how to cut a fresh pineapple, it’s important to know how to store it. I love cutting up pineapple to keep in the fridge. Most of the time I’ll just snack on a few pieces with breakfast or throughout the day. But every now and then I’ll make a pineapple smoothie or pineapple cake. Even better, I’ll run slices through my cold presser to make pineapple juice.

I can usually keep it in the fridge, in a glass container with a cover for 5-7 days. If it’s on the more ripe side, it will only last about 3 days. If you really want to, you can candy the pineapple and keep it for about a year (or indefinitely). Vacuum sealing or freezing the pineapple are also ways to keep fresh pineapple for a year or more. I like to do this with a lot of fruit when it is in season, so I have fresh fruit throughout the winter.

One thing of note, if you store your pineapple in the fridge, it does become a little sweeter and softer over time. I prefer it this way myself, but if you don’t, then eat your pineapple within the first three days of cutting.

Now you know the easiest way to cut a pineapple, as well as select and store one, you can check out some of our other articles. We regularly update our site with cooking hacks and recipes. If you’re looking for ways to use your pineapple slices, check out our pineapple salsa, and our pineapple sweet rolls, at Teaspoon of Goodness.